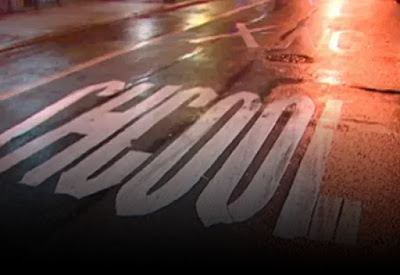 After my encounters with different larp cultures I got shocked to find that what defines them, what makes them unique, was not new to me. In fact those elements used to be part of our larps until they became marginal, design mistakes to implement if no other option was available.

For this countries these elements were their biggest advantages. Their larp designers had taken a complete different approach and where we saw outdated elements they found their trademark.
In the early larps of Somnia, the collective I am part of, many elements that define the basis of other larp styles were present. To name a few:
In our beginnings we had an “FX room”[1] A place where participants could live special scenes for their characters. But it became a constant break of immersion and made the participants organizer dependent. So with some exceptions, were we found the way of using this space diegetically, we got rid of it.
Years after, when I was able to try the most anticipated “blackbox” it turned to be the evolution of that FX space. Something so powerful that can hold a whole larp.
In the old days we used to provide really complex and detailed characters[2]. But after participants got lost in the amount of information[3] together with their difficulties to connect with the character[4]; we reduced the length while keeping our style. Until recent times when we experiment with providing the heart and bones of the character to let the participants fill the rest by the use of personal interviews and workshops.
Now we have got in contact with the French style of the Romanesque that proposes a complete opposite approach. Long literary characters that function as a whole to create a complex story. Style that has been reported by reliable friends as excellent.
When we started, the organizers of Somnia were in turns off-game[5], affecting the larp from the outside. But that went against immersion. So we found ways to eliminate ourselves from the equation, to influence only by the use of characters at the service of the play.
But there are methatechniques as the flashbacks where the organizer stays outside as an external narrator.
For the sake of immersion and participant freedom[6] we went away from acts and railroading with the exception of some experiments and a slight use of destinies.
I was able to enjoy the larp “Journey”[7] and found an incredible opposite approach, both railroaded and in acts, but still thrilling.
In short, what I am trying to state is that thanks to isolation different larp groups have arrived to opposite valid approaches. Possibilities that I am eager to try as participant and organizer.
But why stopping there? I am sure that there are many other design “errors” that if used properly and perfected could lead to even more creative possibilities.
Maybe it is time to look actively for those “mistakes”.
[1] Technique taken from the larps we attended in Catalonia.
[2] In my case I went to extremes with characters close to 20 pages long.
[3] I even overheard a conversation by one of my participants stating not to have read the character.
[4] A detailed character is an alien creation made by an organizer. Therefore the participant may have problems to immerse in it completely.
[5] The organizer by the use of a red piece of cloth or a chemical light signalized not to play any character but an external “on call” help.
[6] We always preferred to „surf the chaos” than to have a heavily predefined endings.
[7] By Fredrik Axelzon Åkerlind

This site uses Akismet to reduce spam. Learn how your comment data is processed.

José Castillo Meseguer is an international larp organizer, both as a member of Somnia and by himself.
Co-founder of the Spanish larp conference EntreRevs.
Co-founder of the experimental group Larp Lab Vienna. Founder of several larp initiatives such as Larp Spain or Larp Drive.
Passionate for trying out different styles, he firmly believes in the educational possibilities of Edularps and that Larp will finally achieve it’s recognition as a form of art.